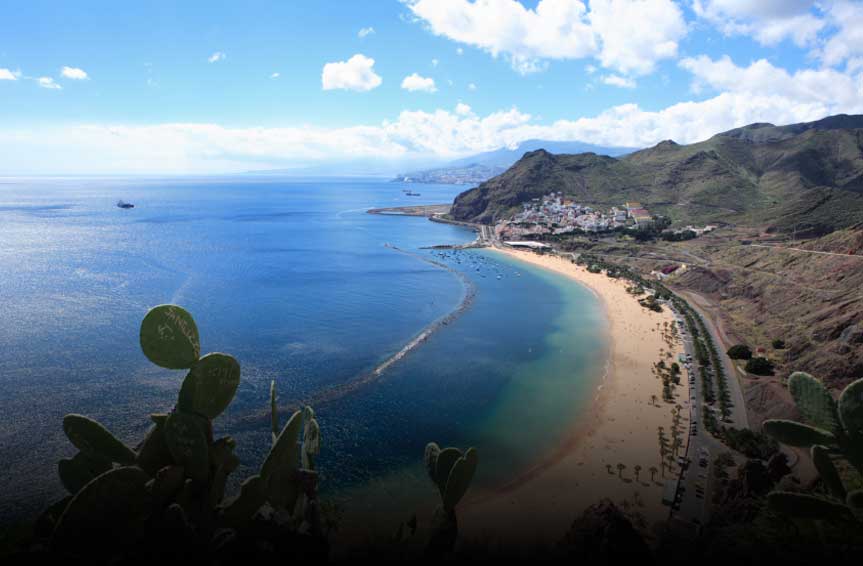 Tenerife is the biggest island of all the Canaries and is known to have been inhabited by the Guanches since 200 BC. Later Spanish conquests took over the island and made it a part of their country. Situated in the Atlantic Ocean, Tenerife was created millions of years ago by huge volcanic eruptions. The island also has the world’s third biggest volcano called El Teide. This is also the highest point in all of Spain and is visible from almost all parts of Tenerife. The island is also blessed with a superb climate that has helped is earn the adage of ‘the island of Eternal Spring’. The average temperature in the summers is 26 to 28 degrees Celsius while in winters it is 20 to 22 degrees Celsuis.

Santa Cruz de Tenerife, located in the northern region, is the capital if the island. It is also a joint capital with La Palma of all the Canary Islands. You can take a car for hire in Tenerife and head to the port area which is an important communications hub between Africa, Europe and the Americas. One of the most stunning sites in the town is the Auditorio de Tenerife, built by a Spanish architect. It has become an icon of the city, with its amazing modern design. Just a few meters away, is the Plaza de Espana, which is located in the center of the town. This square is the biggest in the city and has an artificial lake.

Located in the southern region of Tenerife, Arona is a beautiful town with some great sights. You can take a car for rent in Tenerife and head to Arona to witness its natural beauty and soothing surroundings. Tourism is big in the town; hence you will find all necessary facilities here. One of the major attractions here is the Central Park of Arona. This 4 hectare area is a design masterpiece by biologists and architects. It has a nice collection of local flora and exotic palms. Playas de la Vistas, the longest beach on the island, is quite easily accessible from Arona.

Driving around the town of San Cristobal de la Laguna

San Cristobal de la Laguna is situated in the northern part of Tenerife. It is a busy town with a lot of activity. You can rent a car in Tenerife and be a part of this busy but amazing little town that always has something going on. This city has great historical importance and was named as one of the World Heritage Sites in the year 1999. There are plenty of historical old streets with wonderful architecture that are closed for automobiles but can be accessed on foot. The Cathedral de la Laguna and the Iglesia de la Concepcion are both pretty sights if you are interested in some good architecture.

Hire a car in Tenerife for a comfortable vacation

Tenerife’s charm lies in its historical sites and the old cities located around the island - all of which will be much easier to take in with a rental car at your disposal. The beauty of its coast and waters will mesmerize any traveler. With a fantastic vibe passing through the entire island, Tenerife will keep you on your toes and will keep you wanting for more every time you visit.